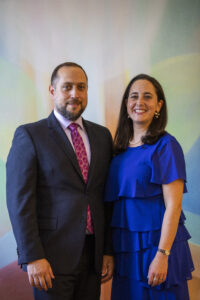 Meet our Rabbis, Yosef Goldman and Annie Lewis. Shaare Torah is proud to welcome Rabbis Annie and Yosef to our community to serve as our co-rabbis, bringing a diversity of experience and complimentary skills to their collaborative leadership of our sacred community.

Our rabbis work so well together, they chose be married to each other as well! We are happy to have welcomed our rabbis and their family to our Shaare Torah community in July of 2021. 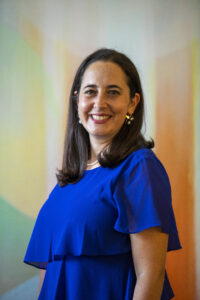 Rabbi Annie Lewis is a passionate community organizer, a skilled story-weaver, a compassionate listener, and a heart-centered Torah teacher. Rabbi Annie began her rabbinic career in Philadelphia, serving as a congregational rabbi of Germantown Jewish Centre and Temple Beth Zion-Beth Israel, overseeing field education at the Reconstructionist Rabbinical College as Director of Rabbinic Formation, and supporting colleagues as co-president of the Board of Rabbis of Greater Philadelphia. She also shared Torah and song as a visiting rabbi at Beth Israel Congregation of Gulfport, Mississippi.

Rabbi Annie was ordained by The Jewish Theological Seminary in 2012, where she received a master’s degree in Jewish women’s and gender studies and was awarded a Wexner Graduate Fellowship. She also studied couples and family therapy at the Council for Relationships in Philadelphia. Rabbi Annie brings this relationship toolkit to her rabbinic work supporting individuals and families through life transitions and officiating at life cycle events.

Before pursuing a path to the rabbinate, Rabbi Annie studied linguistic anthropology at Brown University and at the University of Cape Town in South Africa. She delved into Torah at the Conservative Yeshiva in Jerusalem and worked to strengthen civil society in Israel as a New Israel Fund/Shatil Social Justice Fellow.

Rabbi Annie is a singer and poet with roots in the Storahtelling ritual theater company. Her writing has been published by Ritualwell, Lilith and Kveller. In 2018, she was selected as a David Hartman Center fellow for the Shalom Hartman Institute of North America, in recognition of her role as an emerging thought leader in the North American Jewish community.She currently serves as co-chair of the Rabbinical Assembly’s editorial committee for a new Rabbi’s Manual.

Rabbi Annie believes the Jewish people are beautiful and beloved and that Torah holds the sparks for transforming the world to honor the lives and dignity of all human beings. Rabbi Annie and her husband, Rabbi Yosef Goldman, are grateful to co-lead the vibrant Shaare Torah community in Gaithersburg, Maryland, where they can be found exploring playgrounds with their children, Zohar Lieba  and Shir Emet.

Click here to schedule a one-on-one meeting with Rabbi Annie. 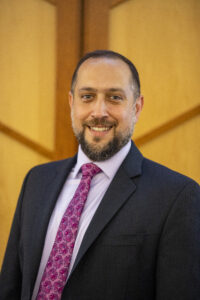 Rabbi Yosef Goldman is an inspiring facilitator of prayer, a renowned musician and composer, and a skilled educator.

Raised in a mixed Orthodox Ashkenazi and Mizrahi home, Rabbi Yosef has been welcomed into communities of every Jewish movement as a leader and teacher of prayer and Jewish texts. Rabbi Yosef received rabbinic ordination from the Jewish Theological Seminary in 2013, with a concentration in pastoral care and counseling, and he was awarded a Master of Sacred Music. After honing his practice of pastoral care as a chaplain resident at Einstein Medical Center, he joined the clergy team at Temple Beth Zion-Beth Israel in Center City Philadelphia. As Rabbi and Director of Sacred Music, Rabbi Yosef revived the music program and enriched the community’s prayer life, launching an engagement initiative that resulted in unprecedented growth for the synagogue.

Rabbi Yosef’s music is sung at synagogues, schools, and camps across the country. His first album of original music, Open My Heart, was released by Rising Song Records in winter 2019. As a performer and composer, Yosef weaves together musical forms from both his Mizrahi and Ashkenazi heritage. As a vocalist, Rabbi Yosef is well-known for his lush harmonies. He performs and records with a wide range of Jewish artists, including as a longtime featured vocalist in the Hadar Ensemble and a founding member of the Middle Eastern Jewish music ensemble, the Epichorus. Along with trombonist Dan Blacksberg, Rabbi Yosef was selected by the Kimmel Center for the Performing Arts for its 2018–19 Jazz Residency. Rabbi Yosef is a sought-after prayer consultant and scholar/artist-in-residence, where he helps communities and individuals to access authentic and meaningful experience and growth through Jewish prayer and practice.

Rabbi Yosef and his wife, Rabbi Annie Lewis, are grateful to co-lead the vibrant Shaare Torah community in Gaithersburg, Maryland, where they live with their children, Zohar Lieba and Shir Emet. In his spare time, Yosef is an avid cook and a budding gardener.

Click here to schedule a one-on-one meeting with Rabbi Yosef.